Simple Gifts and Giving Thanks

This past August, I met a young man who truly understood that gratitude is an attitude.  I was volunteering at a camp for at risk kids, many of whom face poverty on a daily basis.  On the third evening of camp, every camper receives a new pair of athletic shoes which are donated by a major shoe distributor.

The following morning, this young man arrived for class with a grin that extended from ear to ear.  As he showed me his new shoes, he excitedly said that his mom was going to be so happy that he got a new pair of shoes.  I think that he was too!

Happy Thanksgiving to you and yours.

Posted by Steve Skinner at 5:37 PM No comments:

Summer Is Gone But Not Forgotten

"Everything has to come to an end, sometime"    L. Frank Baum

The transition from summer to fall is typically gradual on the north coast of Oregon.  It also offers some of the year's nicest  weather.  This fall however the transition has been abrupt.  It began to rain early in October and to date, my rain gauge has measured over 13 inches!

Several of the storms delivered high winds so my once beautiful garden has been laid flat and torn to shreds.  As I was cleaning out the garden plot the other day I was amazed how a hand full of seeds can grow into such an abundant crop of flowers and vegetables in less than four month.  In June, I sowed eleven corn seeds and by early September, I harvested two dozen ears of sweet corn.  I also planted one tomato plant and before the deer discovered it, we feasted on seven small but very tasty tomatoes.

The garden also produced hundreds of flowers in a near endless array of textures and colors.  I grow the flowers because they add beauty to our year, and they feed the bees and the soul bees. 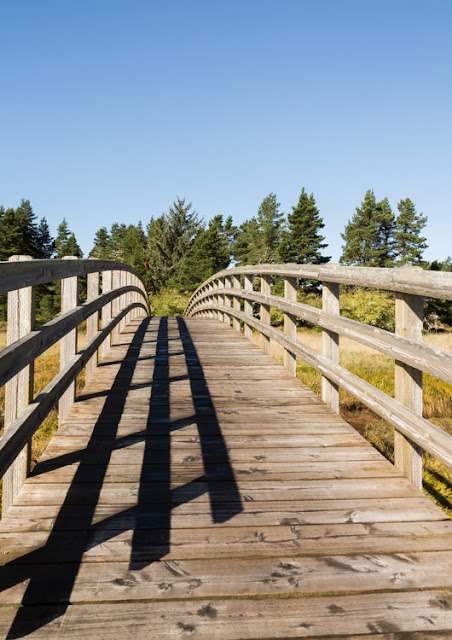 Labor Day weekend has always been like a bridge to me.  It no longer feels like summer but fall is still a few weeks off.
Posted by Steve Skinner at 6:57 AM 2 comments:


To be a gardener, one must be a bit of an optimist.  If it were not for the dream of a bountiful harvest, few would bother to plant and tend a garden.

This year is no exception; I began preparing the garden soil in late April with a liberal application of compost.  The third week of May arrived and the signs in the sky told me that it was time to begin planting.

Last year my humble garden produced a bumper crop of bell peppers which were enjoyed by us and several of our neighbors.  I threw caution to the wind and increased the number of peppers starts planted this spring with high hopes of repeating last year's success.  Disaster soon arrived; one afternoon the clouds opened and pelted the garden with hail stones the size of peas.  In less than five minutes, the pepper's tender foliage was tattered and torn.  My first instinct was to abandon the crop but it was still early in the season.  I was still filled with optimism.

About two weeks later, I noticed that the plants were shedding all newly developed blossoms which ultimately develop into peppers.  All of the signs and symptoms were there; my pepper plants were infected with the dreaded disease known as bacterial leaf spot. I quickly accepted defeat and with little sadness, I removed all traces of the peppers from the garden.

I turned my sights to the lone tomato plant that was growing in a five gallon bucket next to our house. My home town of Astoria is noted for many things, but a climate suitable for large scale tomato production is not one of them.  In the past thirty plus years, I have only attempted tomatoes maybe five times and never had more than one tomato ripen before the fall's first frost.

This will be remembered as the year of the tomato because thus far, I have harvested three tomatoes. With a little luck, we might get at least two more.

A Wet Day At The Beach 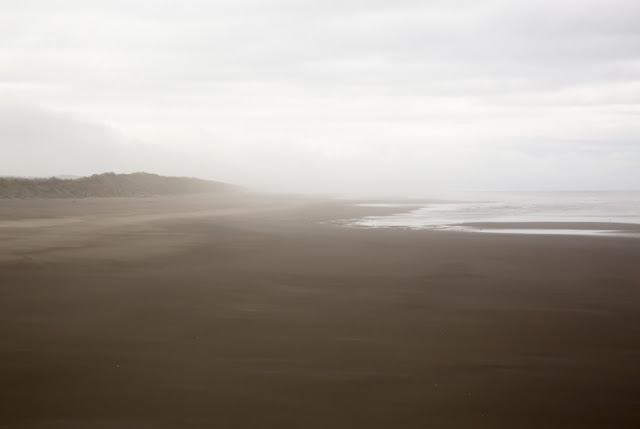 My original plan for yesterday was to finish painting the front porch.  Upon heading outside just before sunrise, I discovered we had received significant precipitation overnight.  Rain during July and August is not the norm for our area so it was very obvious that painting was out of the question.

Just for the fun of it, I took a drive out to the beach to see how many hardy tourists were venturing out on this damp day.  As I reach the top of the sand dunes, I was stunned the find the entire beach deserted!  The only sign of life were a large group of brown pelicans foraging in the surf. Apparently the pelicans are not deterred by the rain! 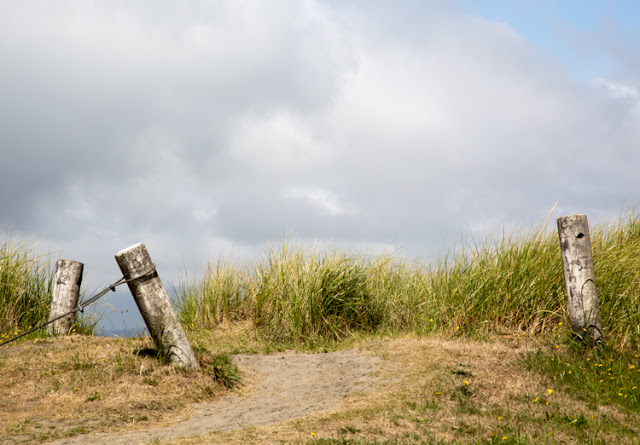 "Now this is not the end.  It is not even the begining of the end.  But it is, perhaps, the end of the begining."  Winston Churchill
Posted by Steve Skinner at 8:12 AM No comments: 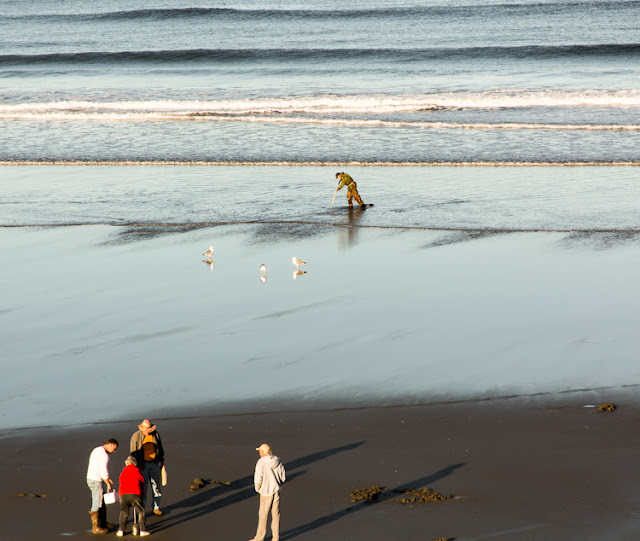 It was a cool clear morning when I arrived at the beach for an early morning hike through the dunes.  I was surprised to find more than a dozen cars in the parking lot.  Even in the middle of the summer, the lot would be deserted at 6 AM.  As I crested the dunes, I realized that today's the low tide offered near perfect conditions for clam digging.  I was astonished to see just how far the water had receded.  I have never seen this area of the beach high and dry!